As soon as the alarm sounded I was up. Quite a rarity even on a Sunday but I needed to get to new 11's Rusper Golf Club before the others and check it's credentials.
Actually I was pleasantly suprised with plenty of golfers (and the Downlanders) needing sustenance on this showery but mild day.
Just a (select) few today the names being Daphne (L), Pete, Graham, Matt & Keith with Dee choosing to sit with us rather than the other crowd (Is that 1 point from each section?).
Baynards was reached by going around the houses, not literally you understand. A requirement unless you want to go and come back the same way.
Whilst the others were in the pub (for sale), Graham & myself got talking railways, the merits of First Great Western to be precise. I hadn't realised how much of Baynards station still remains intact and the conversation soon moved to the 1963 Beeching Report or to give it's proper title"The Reshaping of British Railways".
This week I took delivery of "Out of Steam" the Beeching years in hindsight.
The first sentence reads:
"In the last ten years of steam on British Railways, from 1958 to 1968, over 16,000 steam locomotives were scrapped, some only five or six years old, and thousands of miles of main and branch lines were closed and destroyed."
Tea was at Capel.
Posted by Tartan Socks(long) at 20:26 No comments:

On Saturday afternoon I struggled in a strong headwind back from Hindhead, which is now a cleaner, safer and brighter hostel (my words). This may explain why I locked myself out then forgot the maps before meeting up with Don, Ed and Keith a little after the official start time.

Prospects didn’t look good and the rains duly came twixt Shepperton and Staines. We should have met Mrs Grumpy; instead of staying indoors, she “hid in the bushes” and thus was missed (of course our fault). At Runnymede a major debate was whether or not to continue. “No” said by Don and Keith, so only three (included late arriving Richard) headed off under brightening skies towards Old Windsor; here Ed punctured. It stayed dry as we passed through Windsor, Fifield and onto White Waltham. A quick glance at the watch (12:45) indicated that Aston was a distant prospect (another 7/8 miles). Rejecting many suggestions, I picked out Waltham St Lawrence; The Star being reached just before one. A keen northerly meant we had its extensive gardens to ourselves, handy for the BYO brigade (all of us).

On leaving Richard gave us a second puncture of the day. Back we went through Shurlock Row, Moss End and Irene’s route towards Windsor Great Park. A previously unvisited Cranbourne was visited but I made an error at the roundabout so Legoland had unexpected guests. There was no escape so back it was to Windsor, Old Windsor and Runnymede. Just after three the skies opened and the rain, hail, thunder and lightning lasted for hours - not the fairest of days for cycling.
Posted by Anonymous at 12:10 No comments:

"Pete, I don't think we're going to make it.................................................."
I uttered these words on a untypical day in the saddle which began with 10 at NC.
I chose a main road route to begin then a climb up to join the NDW emerging at Newlands Corner.
Descend to Merrow then a search for Wetherspoons in Guildford.
Eventually we found it, just down from the BR stn on Bridge Street. (I used to favour checking new locations or routes beforehand to avoid wasting time!)
Don Clarke, Dave Ward & Ray Dare had managed OK and were already tucking in to Lloyd's No1 very cheap assortment of breakfast items.
Keith & myself felt the £1.99 cooked was unavoidably GVFM.
Irene & Pete joined us having been sitting in an entirely different part of the pub. (It's a big place)
After a 2nd tea 69p, I led SW to Loseley House and quickly got lost in Farncombe, turning R instead of L to take in Compton & Puttenham to rejoin the intended route through Elstead to Churt.
At the CAMRA pub were Ed, Irene (loaded up for a couple of days at Hindhead YH), Janice, Pete, Daphne, Pete Byers, Keith, Grant, Steve and Graham who had ridden all of 5 miles to join us from his current voluntary warden post at Hindhead.
After hearing the delights of the member's kitchen fridge (2 month old chicken..... yuk). Chinese dentist (2.30) we made for Thursley, Chiddingfold ( where we lost Ed) then Dunsfold. A pretty route but at this point I was beginning to think we perhaps should of stayed north to Cranleigh then the dull B2127.
Somewhere between Alfold Crossways and Baynards I felt I had to confide to Pete B that things weren't going well in the tea and cakes department.
It was 4.40pm and I didn't know what time Capel closed but if it was 5 we've had it.
Thankfully, Steve was able to phone Ann who was already finding somewhere to park and confirmation of 5.30 was received.
Lunch to tea around 31 miles mostly at 15's in 25 degrees heat.
My apologies to Janice (3rd time on a bike this year), Grant, Pete, Keith & Steve for the speed of that "Capel Cake Dash".
In addition, sorry to Ed for losing him earlier (He appeared out of Craddocks Avenue as I was mainroading it).
Posted by Tartan Socks(long) at 23:57 No comments: 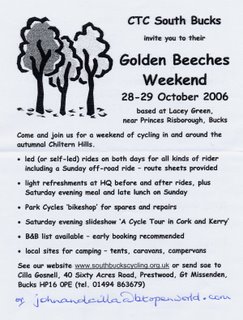 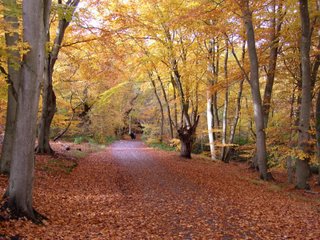