If you attended last year, you should have received an email from Steve.

For others still using them, cheques are fine and Steve's address is below. If you wish to pay by bank transfer please contact Graham.

If you have to cancel, please contact Steve before 25th Jan for full refund. After that date Steve can’t make any promises.

By eleven o'clock we had a group of fourteen at Notcutts! Margaret and Bill, Don and Mike F-A (who did not join the ride) and Alan, Ed, Daniel, David, Graham, Irene, Lilian, Maureen, Paul, Terry and Tony who did - albeit Alan did not ride all the way to lunch.

A simple route was planned - via Chertsey Bridge onto the A320 - up Holloway Hill to Longcross. Down Staple Hill, right and then up Chestnut Lane to Valley End. Rye Grove led us towards Windlesham Road, West End to The Hare and Hounds.

I didn't make a note of the mileage to lunch but I believe it was around thirteen miles. Not far but just as well for we had quite a long wait for our lunches due to the number of patrons in the pub! Graham was on a winner for he was given a dinner almost straight away which was intended for another client! David made his way home once he finished his packet of crisps!! It was worth the wait for the food was very good and the staff are most helpful. Even unlocked their garden gate so we could put the bikes inside - and it was locked behind us!

To return, we turned left out of the pub, left into Fenns Lane, across roundabout, Beldam Bridge Road to the end. A left and right took us into Carthouse Lane, on to Horsell where we continued to the Basingstoke Canal. Terry and Paul left us at West Byfleet; Daniel left us when we turned off the canal for Addlestone where Irene, Tony and I parted company with Ed, Lilian and Maureen. No tea stop to-day!

I guess my mileage was only half of every body else today, apart from Irene!! Thank you all for your company and special thanks to Terry and Irene for back marking. 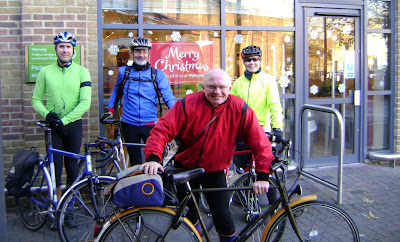 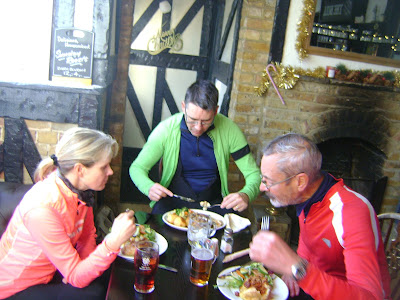 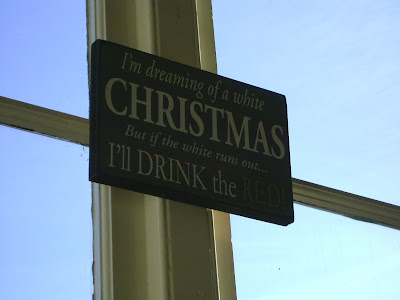 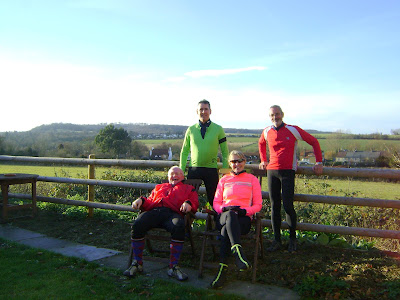 Morning Assembly at the Vineries 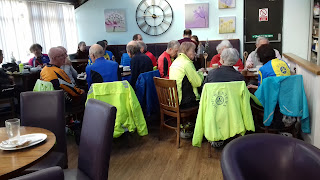 Many thanks to Graham for leading us on a merry skelter from Effingham to Leatherhead on a route that studiously avoided any resemblance to the flight path followed by our feathered friends.

Pams ride on the 18th December, lunch will now be at the  Hare and Hounds at West End (near Bisley).

Squires at West Horsley will be closed from 10am to 2.00pm this Sunday.

11's will now be at Effingham Vineries.

The C&M official ride is Bromley for 11's and Horton Kirby for lunch. This is far to distant for a number of the club so an alternative ride will also take place.

Details are:
11's at  West Horsley Squires and lunch at Leatherhead Wetherspoons. Afternoon tea will be decided on the day. 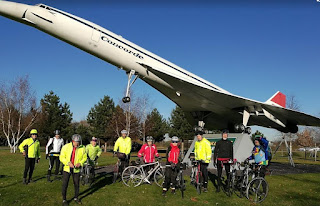 Stopped for a photo this morning at Brooklands on our way to lunch at an alternative venue, The Saddlers Arms Send March. Nice cold but sunny ride. Thank you Graham.

A modest (40+ miles) but incident packed ride. The quirky route was designed to avoid most roads used on the previous two rides.

As I left home, I feared we might be in for a pub crawl so a prompt restart from Nutty Lane would be essential. It wasn't to be as Terry punctured en route. We waited which was fortunate for Jeff who arrived after Terry. We exited over the motorway into Shepperton and over Walton Bridge using both cyclepaths. By now it was noon and Christmas traffic was all about us.

To avoided the town centre Sidney Road led on to Walton and Weybridge stations. Then came Brooklands via railside footpaths and a photo shoot beside Concorde. In Byfleet Mike decided no more roughstuff (The Venus Trail) so a rendezvous was arranged - the Seven Stars outside Ripley. The roughstuff was rough but dry and nobody complained (loudly). But my woes continued - having already lost my computer, something jammed my front mudguard as we turned into Engliff Lane. In my panic the front disk rotor was bent (and amazing unbent) before we could continue. No Mike at The Seven Stars; we spotted a bike - was it his? We didn't know and after a short wait we headed to the Saddlers Arms which squeezed us in (just). Sometime later Mike rang Ed - he'd been inside the Seven Stars! and joined us belatedly.

By the time we were ready to leave it was well after two so could we get home in the light? We left in all directions. I made it with ten minutes to spare. 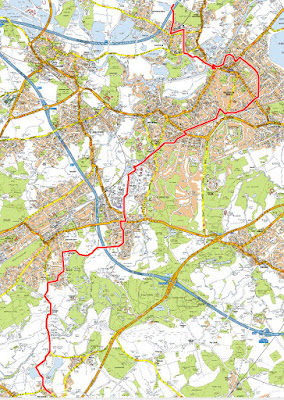 Posted by RaasayWarden at 19:41 No comments: