http://www.anothercyclingforum.com/index.php?topic=50556.0
Posted by Anonymous at 08:49 No comments: 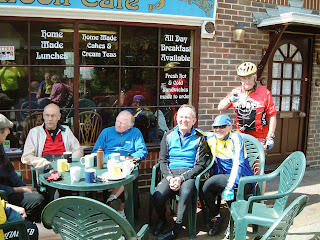 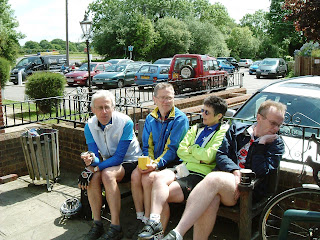 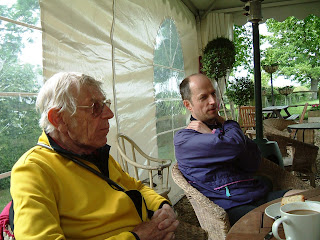 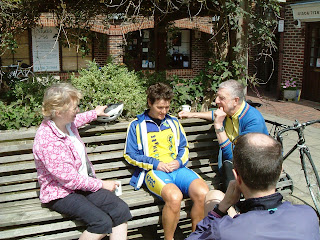 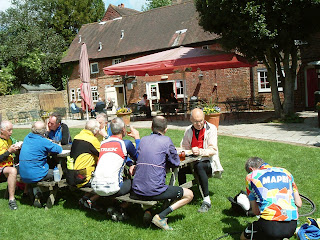 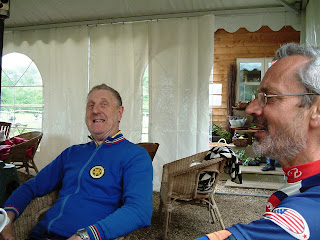 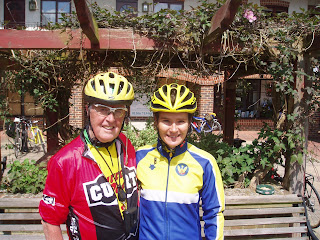 I have to say to my complete surprise who was the first person I saw at Bear Green, one of my many KPRC & other heart throbs that keeps me so young at heart (and Barbara says mad!!).
On seeing Jake I asked if I could share a spare rib and she replied No! there's non left. We all wish her a speedy recovery and its obvious she's fit and well and will soon be racing again. No ribbing, no kidding, she's going to go faster this season she looks so fit. One evening I will try and get close on a "10TT" but I doubt it, my days of real racing are over?
P.S. Jake give Gary my congrats on his recent open road race win, what a fantastic performer. Don't teach him to dance yet though!
Posted by mike morley at 13:35 No comments: 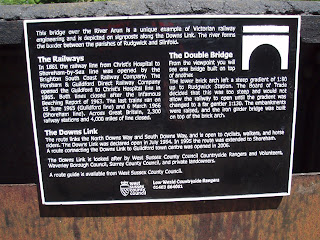 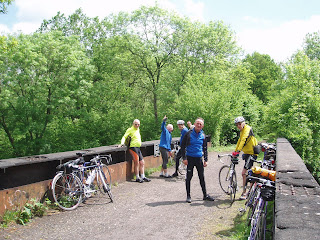 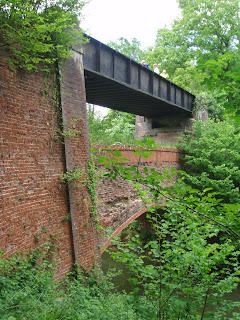 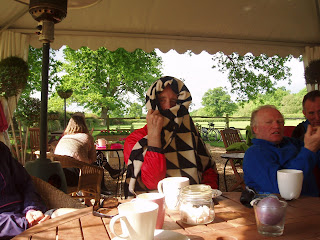 By permission of Tartan Socks I submit a few pictures. My day started with a frantic dash to start the Tadworth Court Charity for for the children. Having made my donation I rode with some friends from Ford Dagenham Motors in Banstead via Epsom Downs, Epsom to Malden Rushet. I met one guy Peter Marshall ?? who said he was on the Gary Smith tour of Majorca and met with Jake!
At Malden Rushet I bid my mates a fond farewell and made a mad dash for Bear Green just catching the C&M largish group finishing coffee. WE then left for luch at Slinfold via and old railway track, which Andy C explained the history of. I knew nothing of this and so contribut a few photo's. The railway bridge is very interesting in that it has 2 levels, the bottom level, one assumes being a bit of a "Cock-up" if you will excuse the expression, as can be seen. The plaque gives some history. Lunch was good followed by tea, where it turned quite cold hence my wrap. For me 58mls and I felt fit after my 370mls "Trial by Jura", and 2 points for a turnout what a bonus.
Posted by mike morley at 13:10 No comments: 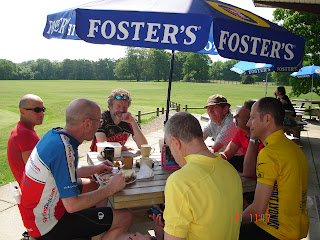 Apologies to Jeff but our leader (Simon L6) had expressed concerns,via a series of emails,that Sevenoaks Weald was a hill too far.
My solo ride up to St Mary Cray was along busy roads with most drivers showing scant care for fellow road users including myself.Good weather seems to bring out the worst in drivers.
Continuing east,I entered Crown Wood a delight.....cool shade,birds singing and NO TRAFFIC!
I arrived at the published 11's (Lullingstone VC) to find Bob waiting at the entrance.Due to evident road surfacing the place was shut.
Anyway the group was at the Golf Club so back up the hill I went to find Keith,Ed,Matt,Roger and Tony under a parasol.
The clubhouse has had a facelift in recent years and is a vast improvement (filter coffee £1).
On then (leaving Bob & Tony) via Shoreham,Riverhead and the pleasant lane going SW under the A21 to Ide Hill for lunch.
Tatsfield was just a hop away and a relaxing tea was enjoyed with fine views over the Weald (pot of tea and rock cake £1).
Route home through Purley and Woodmansterne,not before a swift half at "The Woodman" though!
Posted by Tartan Socks(long) at 13:18 No comments: 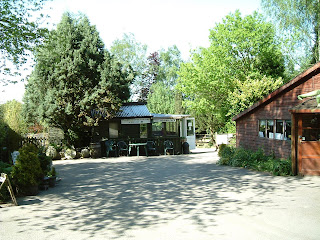 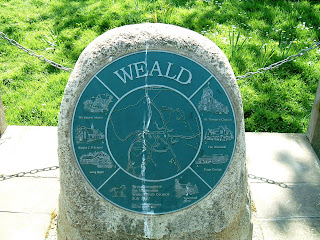 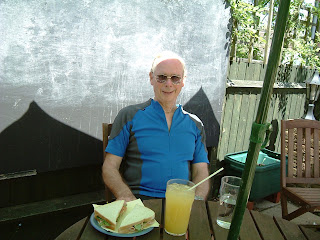 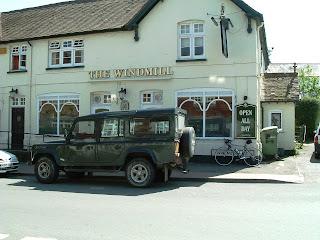 I made a late start and thought that I would join the group for lunch at the Windmill at Sevenoaks Weald. Lovely day and splendid ride. However, the pub should be renamed the Marie Celeste - all hands lost overboard by a hurricane force Sou'Wester - nary a trace, not even a liferaft. Coastguard notified but all presumed to be in Davy Jones's Locker. Went on to Tatsfield and made it to the Beaver at the Reptile House, not the church. Perhaps that is where the Requiem was being held. Search then abandoned and home for a period of reflection on companions lost.

This is an ideal winter ride both short and undemanding. So why were we riding it in an early May which felt more like mid summer? Well, in January an indisposed Ed meant a scratch ride with only three reaching lunch ten minutes before opening time (blame Legs Legg)! As a previously unvisited CAMRA pub, there had to be a rerun so today was it.

Only four (myself, Ed, Keith, Tony) headed through Tolworth and the Dittons and then close by Esher and (site of) Hersham sewage works. Four became five as we caught Steve on the swoop down from the station into Weybridge. Despite some slow pedalling, we were minutes early for Tesco and there to met us were Andy, Bob, Irene, Pete M and Terry. As the doors opened we were swept up in a maelstrom of shoppers hieing from all directions. After a leisurely breakfast for those in need, we were off down Liberty Lane to Ottershaw. Leafy lanes led us down Gracious Pond Lane into Burrowhill and then by Woodlands Lane into Windlesham reaching The Bee at a more respectable 1215 - time aplenty for double portions for the drinkers.

Ninety minutes later we were across the A30 and into even leafier and more expensive Berkshire. Sunninghill became Sunningdale and via Blacknest we entered the Park where Polo was in the air. Seeking fresh pastures we exited at Bishopsgate for the Air Force memorial taking in its extensive views of Heathrow and the surrounding reservoirs. Dropping down the rough track, Ed remarked that it had been used years before for the Feltham hillclimb. It's now almost unrideable on loaded bikes - perfect then for NCN4! Through Chertsey and Staines we aimed for an Orangery which had closed by three. Steve's suggestion led us to the Walled Garden in Sunbury - another first. After another long and relaxing break, Hampton Court saw us split. Around 50 miles door to door, and my last ride until Twitton.
Posted by Anonymous at 08:10 No comments: