It's tipping down and I talk to the only person (me) on Kingston bridge. By nine fifteen there's still but one. Others may be heading directly to elevenses so the quick route it is via Hampton Court, Lower Sunbury, Shepperton (where it clears), and Laleham. In Staines Irene, and Pam (by phone) can't be persuaded that one point is theirs for the taking. At Runnymede David, Don, Pete and Lisa are swapping teapots. The yield from our wait is nil so it's back naturally in the dry. Well almost - after exiting Kingston town centre, claps of thunder accompany another downpour. Around 31 miles (longer than Wednesday's three stoppers!).
Posted by Anonymous at 13:45 1 comment: 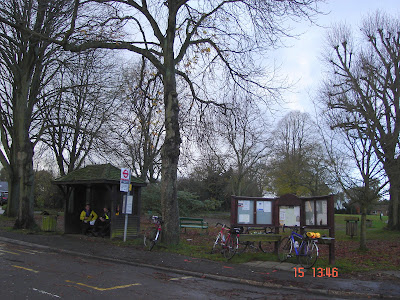 Posted by Tartan Socks(long) at 18:28 No comments: 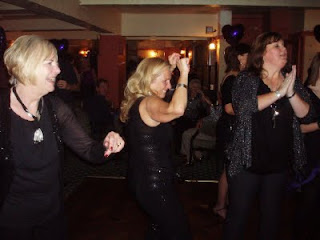 Pete Mitchell remarked today that he had not seen my ride report for High Elms & Tatsfield - Explanation I didn't make it! 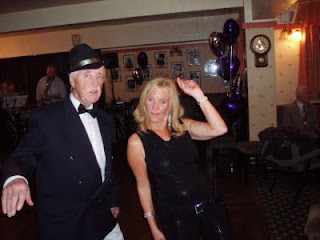 Reason too much partying the night before. Despite my bad ankle and and 643mls in Sicily I somehow or other managed to get through a whole night of dancing for one of Barbara's friends 60th Birthday. My Catania £2 hat came in useful! 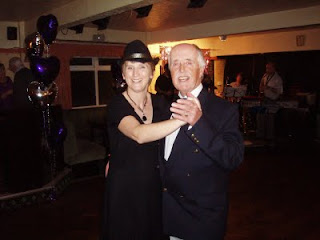 Profuse apologies to Andy the night before and he was very understanding. I think he's put me down for leading on 10th Jan 2010. Don't know which is worst, 37000ft of bike climbing in Sicily or 4 hrs non stop jiving to 1am!

The rules for the DA competitions are available for viewing here: http://cyclingswlondon.blogspot.com/

Now is the time to start considering your entries.

The club house / café is closed for renovation, a new proprietor has taken over and hopes to re-open by the end of November.

The final ride of the year is to Brighton.

http://www.cyclechat.co.uk/forums/showthread.php?t=47363
Posted by Anonymous at 10:59 No comments: