Due to a communication breakdown between the Secretary and the Rides' Secretary, details of the AGM were omitted from the latest newsletter. It will be held at Ed's, in West Ewell, starting at 1500hrs on Sunday November 5th, 2006.

To help you prepare, I've written a short report (see below) and included as attachments:
(1) the 2005 AGM minutes
(2) the Treasurer's 2006 report
(3)the Attendance 2006 report. For Excel-less souls, there's a list of the top attendances.

Once again I have to report falling numbers of riders. Since taking over the attendance records in 2002/3, the average per ride has fallen from 16 to 11 and the number of regulars (2 or more rides) has dropped from 50 to 34.
This year’s drops were the most marked (over 30% on last year). This is most worrying as none of us is getting any younger and there have been few enquiries from potential new members. Where possible, I directed enquirers towards the Saturday rides as those who rode probably found our rides too hard and gave up after a few outings.

Ignoring special events (Annual Dinner, Easter tour), the highest attendance was 24 and the lowest, 4. For various reasons, ten rides had not reach the Lunch stop (though one exceeded it).

The provisional competition winners are:


I can't do much with the attachments at the moment, but will try to make them available from here once I get home.
Lisa
Posted by Lisa at 14:23 No comments: 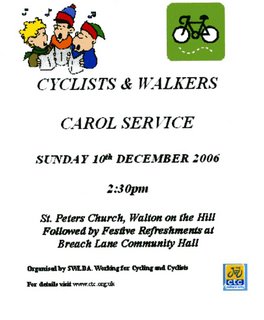 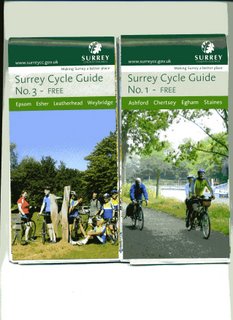 Two of the new cyclist friendly maps now available FREE at Surrey Libraries from a collection of 8
Posted by Pete at 17:31 No comments:

The Ford at Fulmar 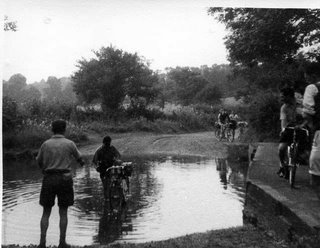 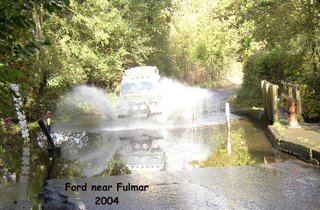 Then and now with the Cheam & Morden section
Posted by Pete at 22:53 No comments:

The look of disappointment on their faces was all too clear...................... more about that shortly.
The first puncture of the day came after 35yds (Simon) but with a call in at mine's to finish off his 100+ psi with my recently aquired Topeak Joe Blow Sport we were soon descending pebblecombe to new 11's at Buckland(Squires).
All nice new sofas and decent coffee machines. We sat outside, that is Bob, Johnny Mason, Terry, Andrew, Pete, Daphne, Ed & myself with unfinished paperwork (nominating runs leaders) taking up most of the time.
We were still six after Andrew & Simon parted company and soon rode into a head wind to lunch at W'spoons Crawley. Only Terry had a meal and with P&D deciding not to join us we left at two for a short hop to Capel.
Oh dear it's shut. I somehow managed to get the dates wrong.
Still there's always Tanhurst Farm but just don't have the scone, it's awful.
Posted by Tartan Socks(long) at 18:10 No comments: