After two weeks of spring (daffodils and lambs) in Salop, the weather finally caught up and we were treated to a sunny and warm day. Only Ed, Keith and Simon were up for the early start and we took an obvious line to Wisley RHS via Stokesheath Road, Downside and the airfield (where the runway barriers are gone - anyone know why?). This route surprised Simon who thought Henfold(!) was our destination, and Keith who'd never sampled the Summerhays path. We were 11 for 11s but Terry's appearance was fleeting due to a gnashed tyre.

Seven headed past the Anchor to Ripley and then through Send to join the A3 cyclepath from Potters Lane. Our passage through Guildford was delayed briefly by a profane local before One Tree Hill provided the only climb of the day on route to lunch at the Grantley Arms in Wonersh.

There was no enthusiasm for Coombe Bottom or tea. So apart from Simon, we rode through East Shalford and up Guildford High Street where John and Keith departed for the Clandons. For the rump, the A3 provided a route to a hastily arranged tea at Ockham Bites.
Posted by Anonymous at 17:37 No comments: 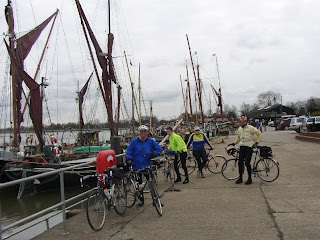 Maldon on Monday
Posted by Pete at 13:59 No comments: 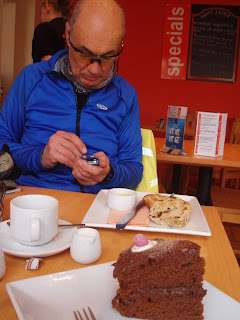 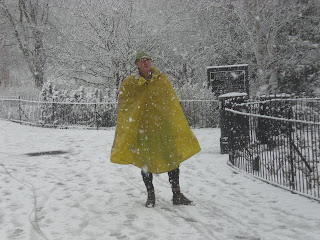 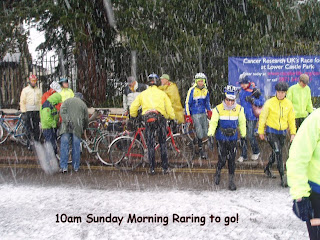 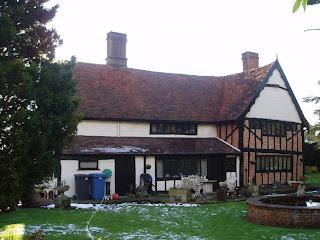 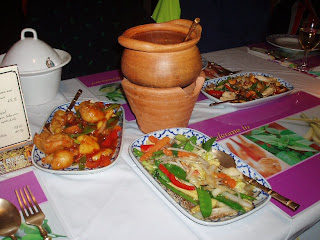 CHEAM & MORDEN EASTER TOUR COLCHESTER 2008
Thanks to Simon & Jen for organising another memorable tour with unforgettable weather. The start was Good Friday with many true tourists going direct by bike,and returning same way on Easter Monday. The distance was almost 100mls each way and the challenge was taken up mainly by the fairer and therefore the stronger Sex. Pete & Lisa, Steve H & Jan by car the others Jake, Emma, Nina, Jackie, Ann B, Steve G, Stephen Cox, Keith, Paul, Ian, Neil, Andrew rode. Terry and Mike M were planning to ride there and back but chickened out and went by car arriving at the B&B at 10am. We checked in got on our bikes and by magic came across route 51 which took us by the river to Wivenhoe, where we met an old man who told us about the old dry dock, now a feature of a new Mews development. We ventured in the Crown on the dockside and had lunch, then off to Brightlingsea via part route 51 and then by road. We had a splendid piece of chocolate Easter cake (see photo) The gale force tail wind then turned in our face as went back to Colchester struggling to make 6mph with hail in our face. This was certainly the windiest day but every day was and only 23mls. On Saturday morning we all met at the Castle Gate at 9:30am and by chance we ended up being led by Simon onto the same route 51 to Wivenhoe. We then diverted from the river and headed in land to a pub for lunch. After lunch we made for Walton on the Naze and after viewing the Pier from the promenade we made our way towards Clacton but then diverted across a golf course which then became a track (muddy) to a small hamlet where upon Mike M waved to a farmers wife on a tractor, just to be friendly. She immediately got off the tractor and came to chat (I thought she was going to get out her twelve bore!!) but she happily gave us directions as the way forward, by now time was marching on but we got back to Colchester around 6pm, having dropped Pam & Ian who made their own way back around 7pm. Approx 45mls. It was not as windy as we expected but bad enough with a fair share of sleet and snow showers. Sunday as forecast was snowing. We had agreed to meet at the Castle Gate at 10am and indeed we did with much excitement. (See photo’s) After hesitating for half an hour we felt we must proceed and indeed we did, strait to Wetherspoons for Coffee. This was the most ornate W’spoons I’ve seen. A converted theatre with the upper circle seating models of Victorian men and women enjoying the show. We sat on the old stage complete with curtain and stage props in the loft looking up at our very still and quiet audience which is more than can be said of the actor cyclists. Ann Bath had planned her weekend well and suggested we go to a good food/Camra guide pub and indeed we did, so we set off in the snow to arrive within 20mins. After an excellent lunch (except in MM’s case, cold Venison and tinned veg), we set off to Colchester Station. On arrival and some 5.1/2hrs after starting we had done 4mls. This was the day we had planned to see Constable country and un-deterred we set off at 3:30pm, by then it was sun shining and the roads reasonable. Simon led us to Dedham where we saw a cottage painted by Constable (some quack said - what with white wash!!). (See photo’s). The owner said; to get to Flatford Mill was another 3.5mls around a long detour and Simon decided we had run out of time. So the weather defeated our mission to explore Constable Country proper. Never mind we were to be rewarded by a fantastic tea shop in Dedham where 4 of us got in at 4pm when they promptly put the closed sign up and would not serve the rest of us. That’s life and I suppose what Easter is all about?? Our spirits were however resurrected by Ann B’s insistence that we go to the pub next door and we had splendid tea lounging on leather sofas in front of a roaring log fire, well almost. We got back to Colchester just before dark and gathered at 7-8pm for a splendid Thai Dinner. (See photos). Approx 25mls in all. Nina and Emma had left us on Sunday to go home and on Monday morning we all went our separate ways, Stephen and Ian riding home as did many of the ladies and Keith etc. Pete, Lisa, Joanne, Pam, Terry and Mike M went to the Jam factory at Tiptree and from there rode to Malden to see the Thames Barges. (see photos). We had coffee in the pub on the Crouch and then rode back to Tiptree for lunch and looked around the Museum before driving home to Surrey. All in all an interesting trip and never to be repeated (MM’s view, fine weather cyclist but it proved that at 66, I’m still as mad as I was when 16 - that’s half a century ago!! My total for the trip was 113mls). Would be interesting to record all the mileages done by others especially those who rode out and back?
Posted by Pete at 13:50 No comments:

After a belated Mother's Day visit, I joined a noisy C & M 11's at Courtyard cafe in Dorking where the proper coffee machine was out of action. (instant - £1)
It was double figures courtesy of Jake's Saturday section regulars. Most welcome in a year of more (I suspect) declining numbers.
Mike led us via Were Street to an old favourite, Little Park Hatch.
The portions certainly looked ample but at reasonable prices. A beerintheevening.com reviewer mentions "no rif raf" (sic) whatever that is.
Most followed Mike's route to tea going past Duke of Kent school where a couple of clowns in a green Range Rover chucked a firework out of the window narrowly missing Daphne but successfully frightening the birds and producing a deafening noise to rival a rear tyre blow out (at 160 psi).
Then it was downhill through a showery Peaslake to the PO at Abinger. Tea & cake - £3.50.
Posted by Tartan Socks(long) at 19:33 No comments: 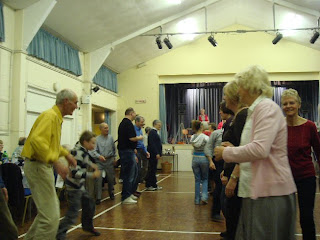 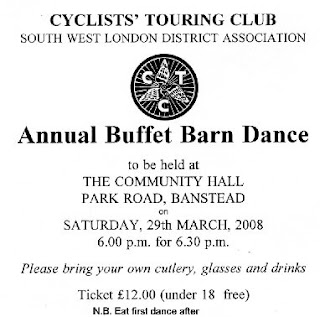 Compared with last's week ride to the same 11s, Pete lead us (Andrew, Daphne, Ed, Graham, Jake, Keith, Roger, Stephanie) on a gentler route through Sutton, Wallington, and Purley. In Riddlesdown Andrew punctured, and next we climbed to Warlingham and the main road to Botley Hill. After the break in Westerham, Andrew and Stephanie headed for home but our numbers were restored by the appearance of Ian (back from a wet Lake District) and KPRC Steve. On the now familiar road by Chartwell, RR1911 (the number says it all!) passed us. After Four Elms, we branched off to Hever and Markbeech arriving in Cowden around one. The chalkboard read "No food including sandwiches unless pre-booked" so after a brief discussion we continued to Dormans Land where the Old House At Home satisfied our stomachs. Crowhurst and Tilburstow Hill lead on to Bletchingley and after the usual off-road section, we divided in Merstham. Another long day: 75+ miles and no tea.
Posted by Anonymous at 20:39 No comments:

For details see www.anothercyclingforum.com/index.php?topic=48374.0
Posted by Anonymous at 07:15 No comments: