Although innocent Dave decided to isolate following Wednesday's A ride Covid positive so we five arrived at Bourne Valley without a leader! 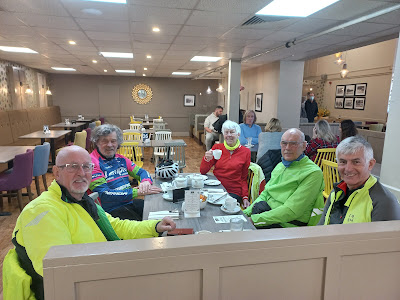 Saturday's heavy rain ruled out most offroad antics so I strung together: Byfleet (E8 letterbox), Woking, Horsell, Penny Pot ford (no takers!), West End and Windlesham (via Rye Grove) arriving before one. One hour later we now four (Terry having departed in Byfleet) rode past Surrey Cricketers,  Brickmakers, Four Horseshoes, and Red Lion, most with a sprinkling of hardy outdoor "diners". Pam turned for home in Addlestone where there was time (just) for mugs of tea in The Golden Cafe (cash only). Around 20 miles (and 25 miles from/to home) .

PS Riders with time on their hands might wish to check out the teastop potential of the Big Smoke Brewery (KT10 8BL) and Carly's Cafe (KT15 1DE). 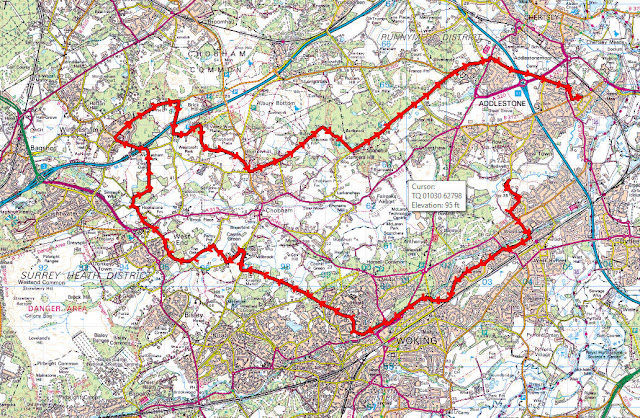